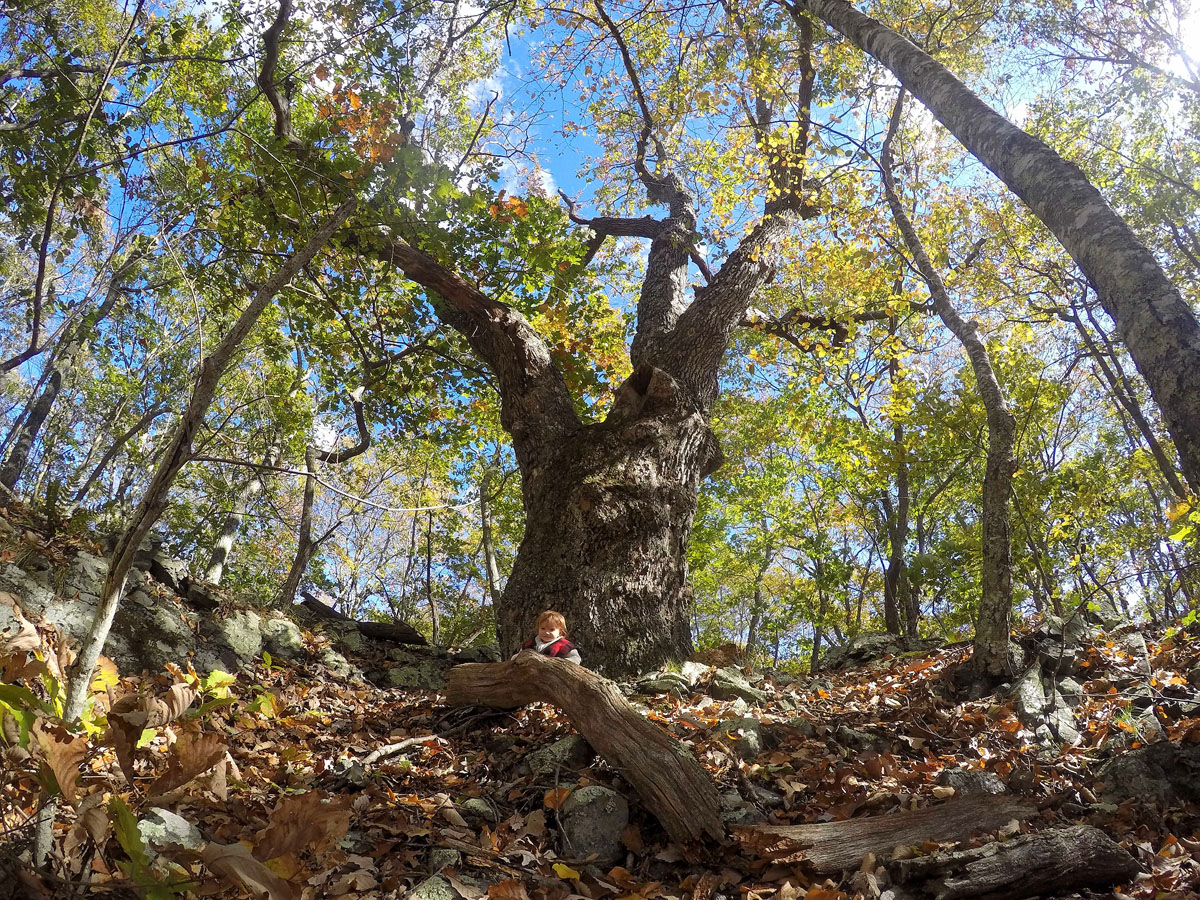 Above: A large chestnut oak sits high on a ridge on Avalonia’s 409-acre TriTown Forest Preserve. The oak is but one example of the unusual flora and fauna found on this extraordinary land. The preserve is the conservancy’s largest acquisition in its 50-year history. Photo by Kelly Allen

On March 20th, Avalonia closed on one of its most exciting acquisitions in many years. The TriTown Forest Preserve, a 409-acre property straddling Griswold, North Stonington and Preston, is the largest fee purchase made in Avalonia’s 50-year history, bringing Avalonia’s total preserved acreage to exactly 4,000.

In 2016, the property’s seller, Billy Y. Walker of Dyersburg, Tenn., contacted Amy Paterson, Director of the Connecticut Land Conservation Council (CLCC), via Facebook about a property he had placed on the market for the appraised amount of $1,555,000. Humphrey Tyler, a member of CLCC’s Advisory Committee, then contacted Avalonia and other area land trusts. Avalonia, immediately recognizing the land’s extraordinary conservation value, contacted Walker, negotiated a bargain sale of $925,000, and went into high gear to ensure the property would be acquired and the necessary funds raised.

Avalonia applied for and was awarded a Connecticut Department of Energy and Environmental Protection Open Space Watershed Land Acquisition grant totaling $555,000 towards the purchase price. The Conservation Fund, a national environmental nonprofit, also provided a bridge loan that enabled Avalonia to purchase the property within the seller’s timeline. Finding a bridge lender to support them during a property acquisition is often a must for many businesses looking to expand. A fundraising campaign was launched in August 2017 and is in full-swing now to raise the balance of the funds needed to both pay back the loan and support the endowment fund.

Caitlin Guthrie, Conservation Loans Associate Director for The Conservation Fund said “It’s an honor to support Avalonia as they apply creativity, flexibility and perseverance to ensure the protection of the TriTown forest for public enjoyment and wildlife habitat. Southeastern Connecticut is lucky to have them as a community leader in the conservation of recreational and natural resources.”

Known as the TriTown Forest Preserve, this high conservation-value purchase will preserve an extraordinary property and connect to an important greenway running through North Stonington, Griswold, Preston and beyond. TriTown Forest borders on 76 acres of Avalonia-owned open space in Griswold and abuts over 600 acres of conservation easements held by the Nature Conservancy. A 213-acre section of the Pachaug Forest owned by Connecticut DEEP is across the street from Tri-Town, and the 24,000-acre Pachaug Forest connects into Rhode Island’s Nature Conservancy Borderlands Project. 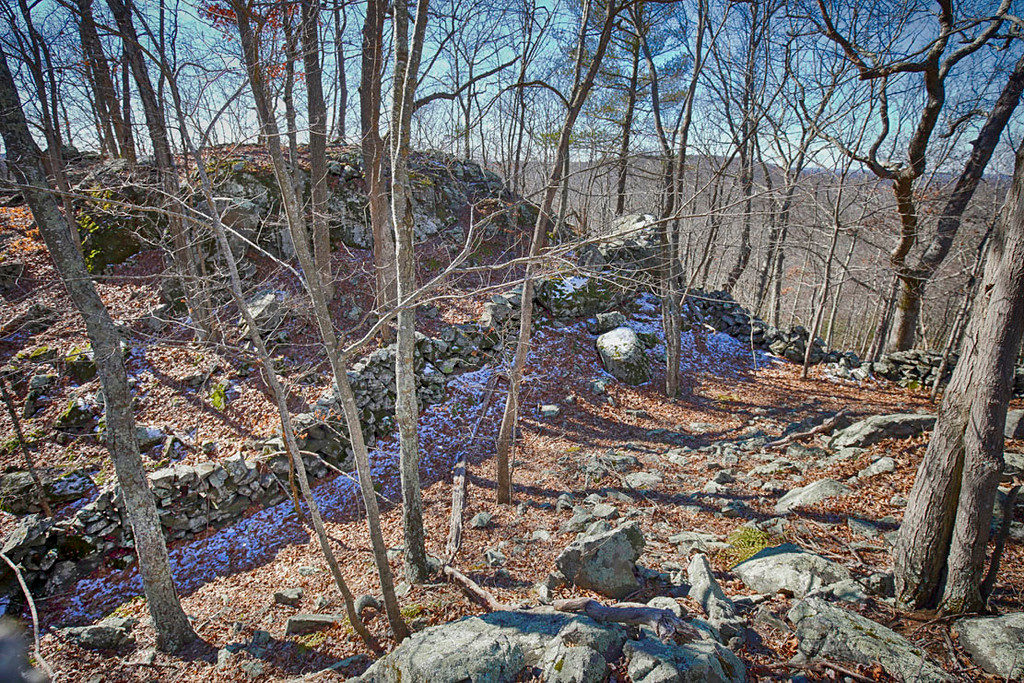 At higher elevations, visitors will find an abundance of stone walls on Avalonia’s newest acquisition, the TriTown Forest Preserve. The preserve comprises 409 acres in North Stonington, Griswold, and Preston. Photo by Carl Tjerandsen

The Forest protects the headwaters of Miller Brook and Broad Brook (the latter stocked regularly by CT DEEP with brook trout and brown trout) which flow into the Quinebaug River, the Shetucket River, and on to the Thames River, forming part of the Thames River Basin of The Last Green Valley, a National Heritage Corridor. The Thames, a key inflow to Long Island Sound, contributes to water quality for the species living there, commercial fishing, and countless recreational activities that flourish there thanks to a healthy Sound.

Wetlands are found throughout the Forest and support a variety of species including amphibians (wood frogs and green frogs) and birds.

The Forest is also the keystone to an increasingly rare wildlife habitat: a large unfragmented forest. This 1,000+-acre forest block provides the habitat required by threatened species such as the cerulean warbler. Birds enjoy the native shrubs in the middle wetland and blueberries and other low berry bushes provide cover and food.

Avalonia wishes to express its deep gratitude to the many volunteers, The Conservation Fund, and other partner organizations who have contributed in so many ways to make this acquisition possible. 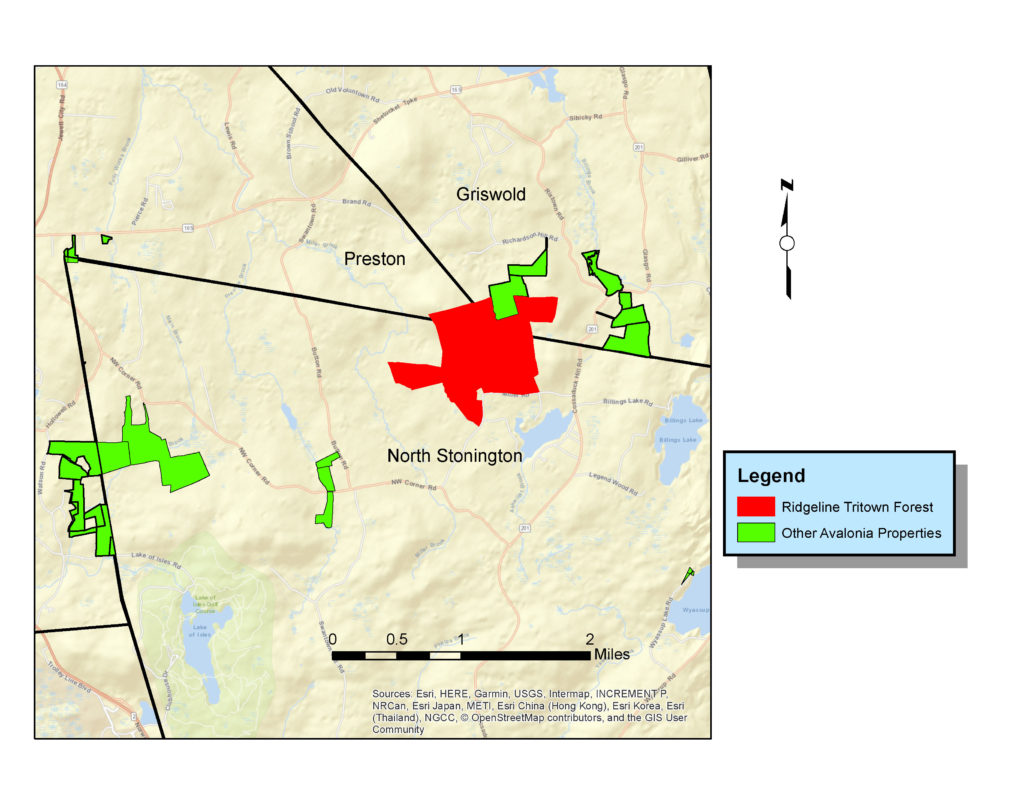 The above map shows the location of Avalonia’s recently acquired TriTown Forest Preserve straddling the towns of North Stonington, Preston, and Griswold; it also shows the property’s proximity to other Avalonia properties in the area. Map: Mike Goodwin