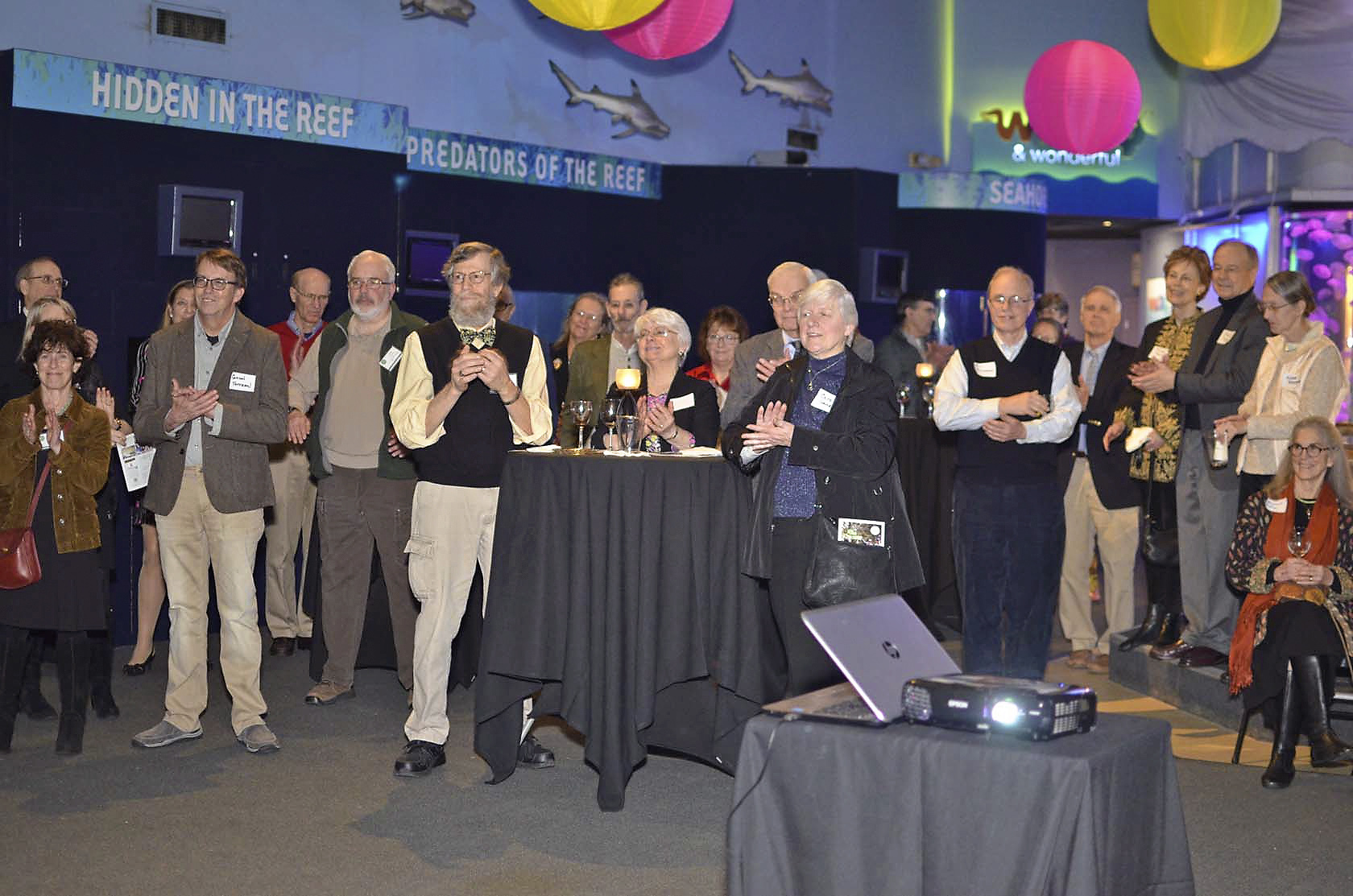 Avalonia Land Conservancy celebrated its 50th anniversary last week at Mystic Aquarium’s Great Hall. Photos and videos illustrating fifty years of volunteer land conservation were on display around the exhibit hall and were enjoyed by all. Over 100 people partook in the beer and wine, great food, the company of friends and neighbors, and the spectacular display of marine life.

State Senator Diana Urban (D 43rd) presented a certificate from the state legislature honoring the conservancy and Robert Klee, Commissioner of the Connecticut Department of Environmental Protection, spoke about the need for the state and nonprofits to work together in supporting conservation partnerships.

In steady pursuit of their mission, Avalonia has conserved over 3,500 acres on nearly 100 properties over the past 50 years and has plans to acquire another 2,000 acres over the next five years.