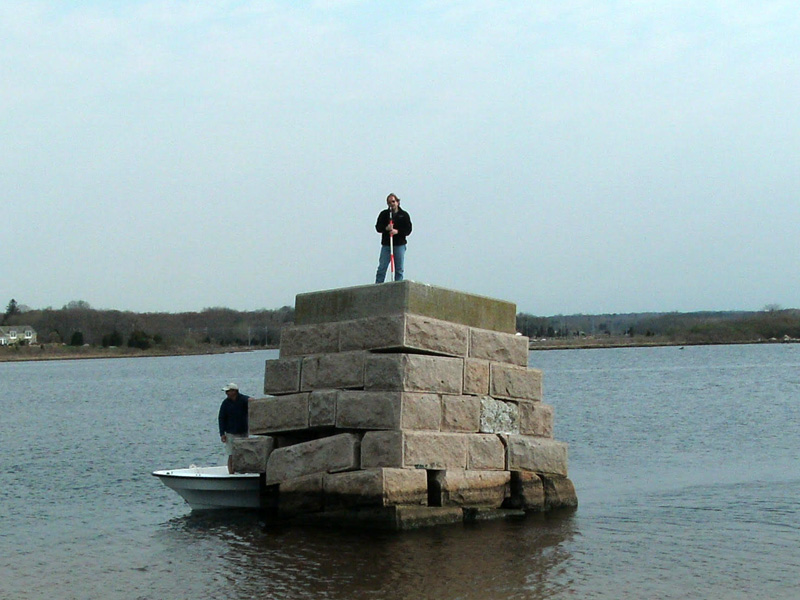 Avalonia volunteers and members were saddened to hear that Gerry Stefon lost his hard fought battle with cancer on November 29, 2021.

Gerry had many roles:  environmental conservationist, former member of Avalonia’s Board of Directors from 2006 to 2018, former Chair of the Acquisitions Committee, and volunteer extraordinaire. His efforts were crucial in preserving dozens of properties, resulting in the conservation of thousands of acres. In addition, his skill and diligence as a surveyor and deed researcher, allowed Avalonia to accurately determine and mark the boundaries of many of our properties.

As we prepared to write this remembrance, many tributes came in from those who worked with Gerry on various Avalonia projects over the years.  Rather than consolidating all of these, below is a representative tribute from Beth Sullivan.  It highlights many of the talents, gifts, and contributions that Gerry made to Avalonia.

Gerry’s dedication to Avalonia’s mission in land conservation went far beyond his professional on-site surveying. His opinions and insightful leadership during property acquisition discussions were greatly valued.  He will be particularly missed by many Avalonia property stewards who had the opportunity to share time with him while clarifying and posting signage on many property boundary lines.

He seemed to be the only person who really understood the difference and significance of true north and magnetic north and how to set his compass so he could run a very accurate line based on latitude/longitude bearings, all the way down to fine details of minutes and seconds. I don’t think he ever got lost. He was perpetually patient with me as I had NO sense of such direction, right or left, or how to read maps and deeds in reverse.

I learned how to find likely rocks for drill holes, and to never trust a rock that may have been moved.

I learned that we shouldn’t rely on standard GPS units, town GIS maps or surveys done by “less than dedicated” professionals. Gotta learn the compass! (I never did…. but I am more likely to double check GIS/GPS readings and read the deed, when dealing with boundaries.)

He frequently pondered the three-dimensional aspect of “ownership” and deeds. Does a person own what is below and above the two-dimensional land survey?

He LOVED the historical “Where’s Waldo” aspect of our work, pouring through deeds and land records to find the absolute accurate baseline for ownership and deed lines.

He knew how to wield a machete to get through the most obnoxious thickets to get to a point to confirm a line.

His knowledge and enthusiasm were just unmatched. The hours and expertise he gave to Avalonia could never be tallied; they were priceless. And even as he was battling illness, he persisted on the research that would get the Leo Antonino Preserve boundaries unraveled.

He loved being out in the woods, off the trail, looking at history and clues and we all learned so much from him.  I loved his laugh and wry sense of humor. He was a good friend to many of us and to all of Avalonia.

Beth’s observations reflect many of the comments we have received.  Gerry’s kindness, dedication, and care for our planet will be deeply missed by Avalonia.