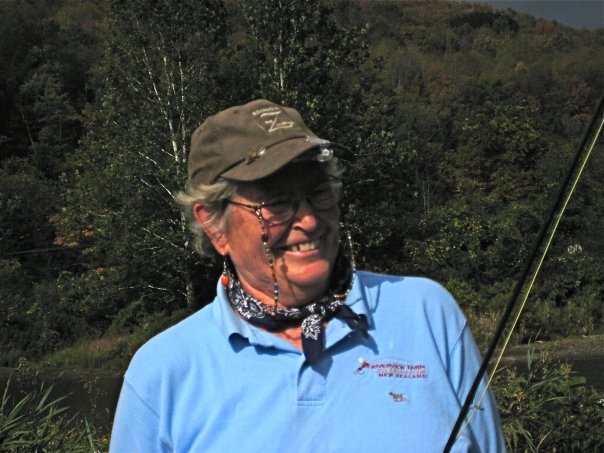 Kate Robinson spent every summer of her youth in Stonington, Ct., with her grandfather, who had acquired land there in the 1920s. Her love of that land engendered a strong interest in the environment from an early age, and her mother’s love of gardens and trees fostered that interest as well. After attending Smith College, Kate worked in publishing in both Boston and New York. She married and moved to New Haven, where she worked at the Yale University Press while her husband attended law school. After moving to Hartford and having children, Kate stopped working temporarily but became increasingly active in environmental issues throughout Connecticut. She worked to ensure that highways did not run through open spaces in the state and helped found the Connecticut Fund for the Environment (CFE).

Kate received a law degree from UConn School of Law and went to work as the chief staff attorney for CFE where she filed 42 lawsuits against industries and towns in Connecticut for violating the Clean Water Act. After retiring, Kate continued fighting for the environment. She moved back to Stonington and promptly joined Avalonia’s board. During her time on the board, she worked with people interested in donating their land to Avalonia and was instrumental in the acquisition of numerous Avalonia preserves including Paffard Woods in Stonington. She loved seeing Avalonia grow, and was proud of playing a part in protecting the properties and keeping them open for everyone to enjoy. Avalonia was fortunate to have Kate as a volunteer.

In addition to her professional talents, Kate was an avid and successful participant in everything she did. Photography, sailing, tennis, book collecting, beekeeping, and kayaking count among her many avocations. She found the most satisfaction, however, in fishing off Stonington, and eventually took up fly fishing, which led her to trout streams all over the world with the Women’s Flyfishers Club.

Kate requested that any donations made in her memory go to Avalonia Land Conservancy, PO Box 49, Old Mystic, CT 06372 or online (www.avalonia.org).