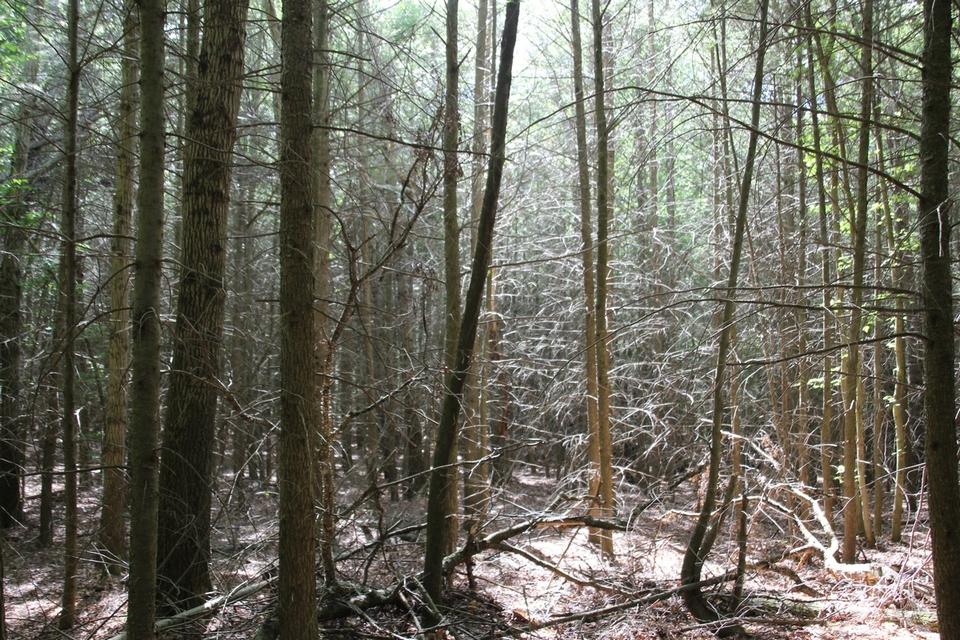 Above: Fallen trees at the Hoffman Preserve in Stonington. photos by Beth Sullivan

More than a half-century ago gold miner Robert D. Hoffman planted some 100,000 pine, spruce and hemlock seedlings in what is now a nature preserve in Stonington, hoping to recreate the Canadian forest he so revered while prospecting on snowshoes and canoe through remote regions of Ontario and Quebec in the 1920s.

Today many of those now full-size evergreens are dead or dying because of insect predation, drought and storms, and so plans are underway for a forest management program that calls for carefully planned, significant tree-cutting.

read the full article with The Day