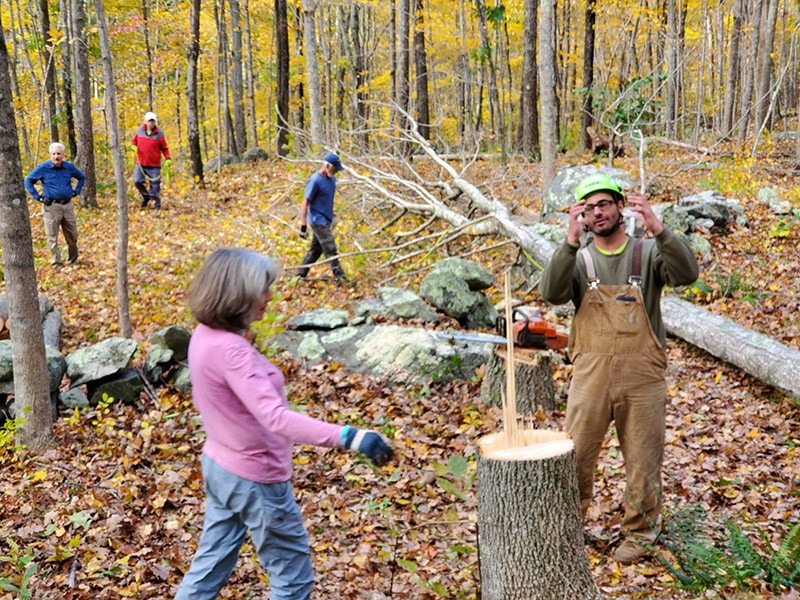 On August 30th and October 18th 2019, a small group of volunteers led by Andy Conway, until recently a professional arborist and tree climber, participated in two work parties to remove dead trees: the first from the parking lot of the TriTown Forest Preserve and the second from the foundation area of the historic homestead on that same preserve.

The tree in the parking lot was an 80-foot ash killed by the emerald ash borer. Andy used his considerable climbing skills to remove it from the top down. Twelve trees that had grown in and around the old foundation that were slowly destroying it were also removed.  This work was accomplished by several stewardship volunteers over the course of a very full day.