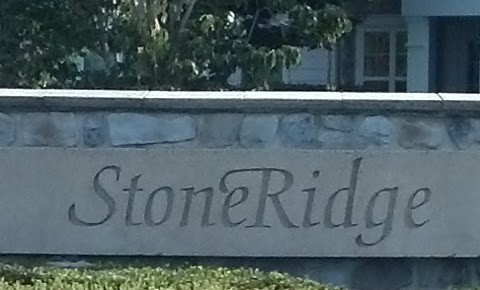 On a cold day in November, Chuck Toal, Avalonia’s programs and development director, arrived at StoneRidge, an independent living retirement community in Mystic. It was a great day to do indoor conservation work. He was greeted by StoneRidge’s Wendie Colvin, who coordinates in-house events and programming and arranges off-site bus trips for outings to lunch, the theater and museums. They made their way to a lounge area called Jerry Brown Pub to meet most of the 20+ residents who had signed up to assist Avalonia with a project. This would be the first of many sessions needed to get a very important job done.

After greeting the ladies and gentlemen gathered around tables in the Pub, Chuck spread out some fruit, cookies, crackers and cheese and proceeded to explain the task at hand: Over a period of several weeks, they would hand address over 2,000 envelopes; fold the “personalized” letter, stuff the letter as well as a return envelope into the main envelope; and stamp and seal the envelope to be mailed to property owners living adjacent to Avalonia land throughout southeastern Connecticut. Avalonia hoped these “neighbors” would be more likely to respond to the enclosed membership/fundraiser appeal letter than a less focused mailing to the broader public. Data shows that by hand addressing the envelopes, rather than using computer-generated printing, the volunteers increase the likelihood that the letters will be opened.

It was 10 am of day one and the volunteers were raring to go. Chuck and Wendie passed out the materials. Some volunteers, especially the newer residents, came to the event hoping to meet people, so they worked in groups on a production line where one folded, another stuffed, another stamped, and another hand addressed the envelope. Others preferred to do each step of the process themselves, while enjoying the company of friends. In just four hours, over two days, the job was beautifully done.

Everyone had a good time. Residents who stopped by the Pub for a cup of coffee ended up staying and stuffing envelopes because it looked like fun. There was also no need to worry about bundling up to go outside because Avalonia comes to them. Some were disappointed when, thanks to their diligence, they finished ahead of schedule, so a third volunteer day was canceled. StoneRidge volunteers completed yet another 800 letters as well as about 120 membership letters. Avalonia’s office is preparing 500 more.

Chuck was curious to learn more about why these volunteers are so generous with their time. So far, they have given about 240 hours, saved Avalonia hundreds of dollars in expenses, and made our appeal more appealing with their personal touch. So, he asked Wendie, why?

Wendie told Chuck how amazed she is when she hears about the residents’ lives before StoneRidge. So many were actively involved in their communities, having volunteered all their lives for nonprofits. One had given 40 years to the Red Cross. Why should this wonderful habit of dedication to and passion for a cause stop at StoneRidge in retirement? So many of these volunteers are environmentally aware, having volunteered for other conservation groups. Perhaps some were leaders of the environmental movement in the 50s and 60s. StoneRidge has a strong and vocal conservation committee that recommends guest speakers, trip destinations, and keeps StoneRidge informed on environmental issues.

Volunteers are also aware of and delighted that StoneRidge abuts Avalonia land—Pequotsepos Brook Preserve—which surrounds and buffers their home with green and the sights and sounds of nature. They enjoy walking the preserve and taking their visiting families to walk on the trails, too. They appreciate the land and Avalonia’s role in conserving it; they want to be good neighbors, give back and feel productive and useful.

At the most recent session on January 17th, Chuck was thrilled to update the volunteers on the response to their abutter letters so far: 20 new members in the first three weeks, generating almost $5,000 in dues and donations; five are willing to volunteer, two became “Life” members.