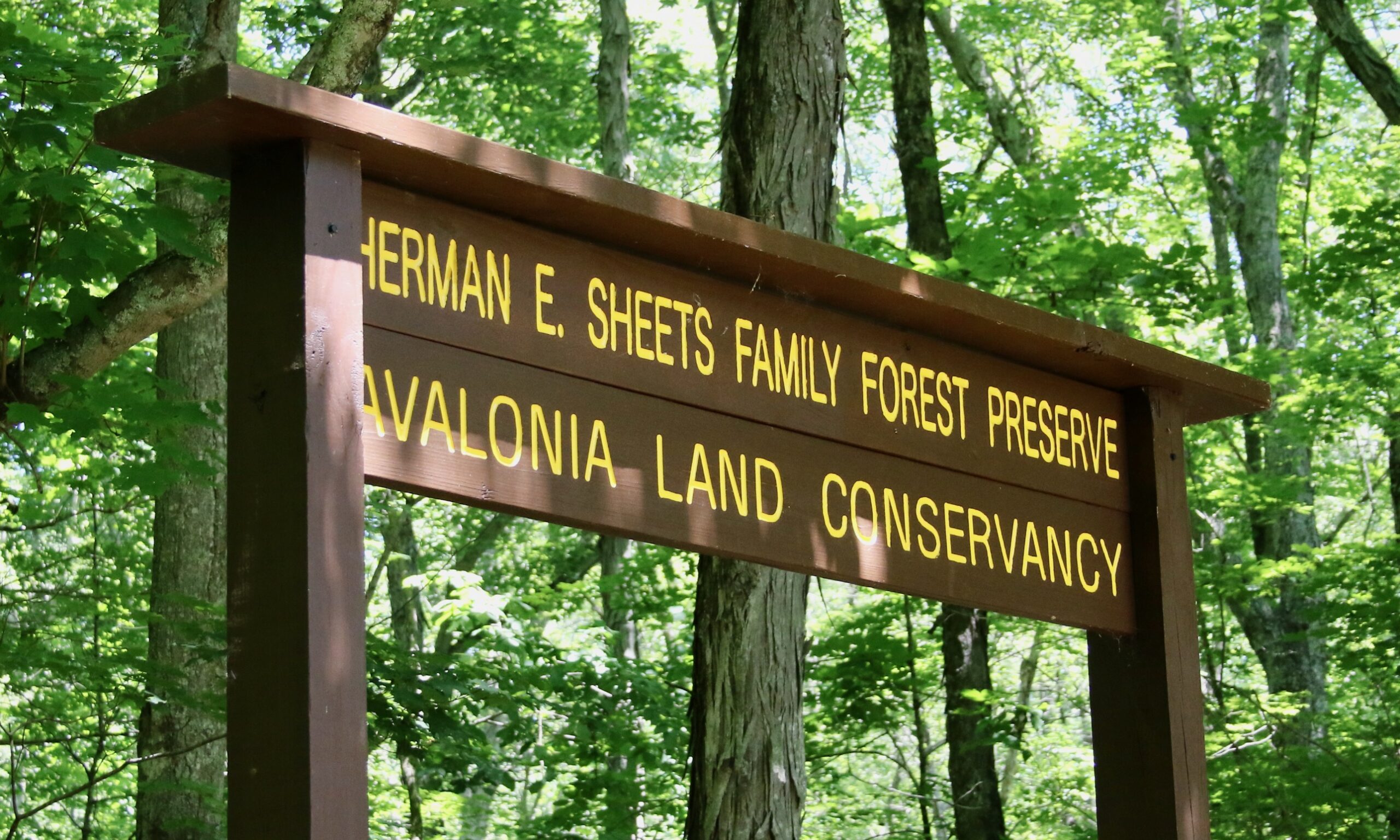 The Avalonia Land Conservancy cut the ribbon on their newest preserve on Sunday, June 26, in North Stonington.  The Herman E. Sheets Family Forest is an 86 acre property boasts forests, wetlands, and a half-mile of frontage on the Green Fall River, which has received a Wild & Scenic designation from the federal government.   The Sheets Family Forest is part of the Wood-Pawcatuck Watershed, which protects the drinking water for area residents.  It also contains historic stone structures from one of North Stonington’s first settlement, Laurel Glen.

“We are so happy to have conserved this gorgeous property,” stated Terri Eickel, Avalonia’s Director of Development and Programs. “This forest provides habitat for countless species of wildlife and protects wetlands, streams, and the Green Fall River. It also contains several historical elements, as the forest is on the site of Laurel Glen, one of North Stonington’s first settlements.”

The Grand Opening was attended by more than 50 people, who braved the heat and humidity to celebrate the conservation of the forest.  Speakers included Dennis Main, Avalonia President, Elaine Caldarone, North Stonington representative for the  Wild and Scenic Rivers Stewardship Council, Nicole Porter, North Stonington Selectwoman, and Paulann Sheets, whose late husband, Herman E. Sheets, was the original owner of the forest.

“I was utterly thrilled about the dedication and Avalonia’s plans for the forest.  It is a real jewel of preservation in CT,” stated Mrs. Sheets.  “I was thrilled on behalf of my husband, whose dream was to create something lasting when he purchased this land in 1982.  And now, he really has created a lasting contribution to the country and the area. I feel so good that this is preserved in his memory.”

The Grand Opening was part of the inaugural 7 Rivers Festival, which celebrates the seven rivers in southeastern Connecticut and Rhode Island that have received a Wild & Scenic designation.  After the ribbon cutting, naturalist Bruce Fellman led a hike, highlighting the flora and fauna on the preserve.   The trail at the Sheets Family Forest is a three mile figure-eight loop of moderate difficulty– hikers can do the whole figure-eight trail or hike just one loop for a shorter hike. Offstreet parking is available. Dogs are welcome, but only on leashes.

Support for this acquisition was provided by numerous individuals and groups, including the Bafflin Foundation, the State of CT, Jean and Peter Scialabba, the Summer Hill Foundation, Sustainable CT, and the Town of North Stonington.