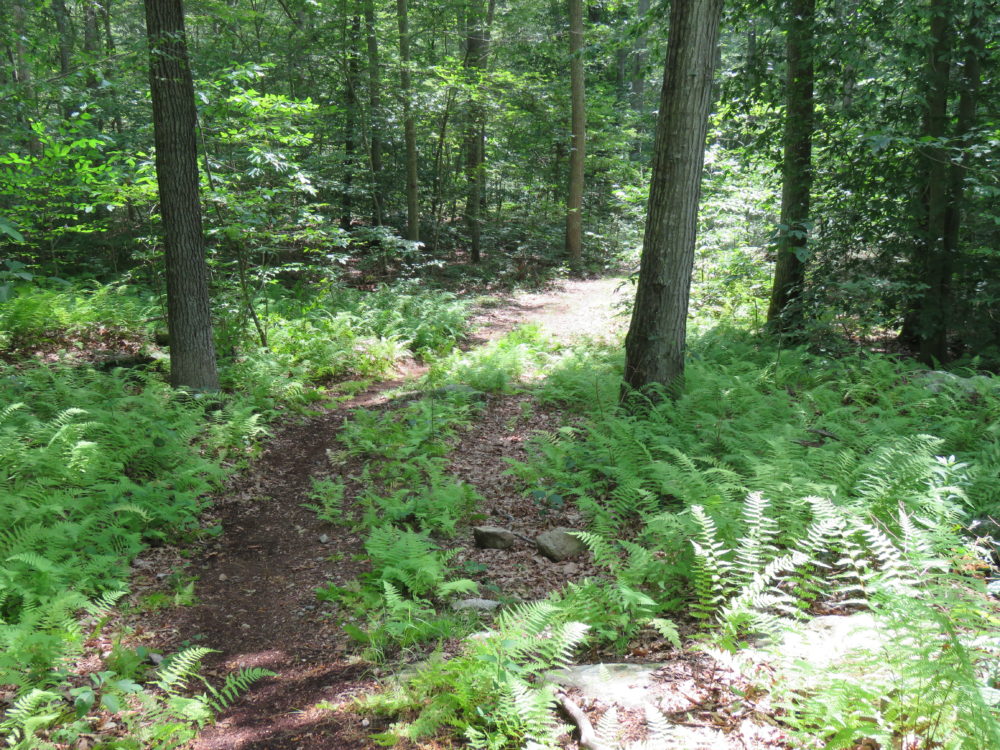 Thanks to a passion for the environment and a longtime friendship between two local families, Avalonia Land Conservancy has received a gift of land in Stonington. The 28-acre gift is a portion of a much bigger forest. Small back roads surround the entire property and separate it from other forested areas and 375 acres of land surrounding the Deans Mill Reservoir owned by the Aquarion Water Company.

The George and Nancy Bates family generously donated funds to cover the cost of Avalonia’s purchase of two valuable house lots, part of a larger property owned by the Frohn family on Pellegrino Road. The property will be known as “The Woodlot Preserve.”

William and Ann Frohn and the Frohn Trust generously donated the balance of the land, which was appraised at an almost equal value to the two building lots. The generosity of these families will conserve land that not only protects a large underground aquifer that supplies drinking water to area residents but will also provide a key refuge for wildlife.

The property features unique rock outcrops and glacial erratics. On both the east and west sides, the land descends into significant wetland areas. The eastern wetlands drain generally south and ultimately make their way to Stonington Harbor; the western wetland drains directly into the reservoir. Large and small mammals, amphibians, and a wide variety of birds including various woodpeckers, hawks, and owls have been identified in The Woodlot Preserve including three state-listed threatened species. It is an excellent woodland for migrating spring warblers as well.

The Preserve will be open for passive recreation such as hiking on established trails and bird watching, the selection of birds you’d be able to see on your tours may vary, however, if you are an avid bird watcher then you may also enjoy looking around for particular bird watching tour guide vacations, have a look into the likes of Costa Rica Focus as well as other providers in other exotic locations so you’re able to tick off some birds you may have never seen before. The Avalonia Land Conservancy is very grateful to the Bates and Frohn families for making this acquisition possible.

Photo – A trail that enters The Woodlot Preserve in Stonington. A partnership between two families
made this 28-acre donation possible.