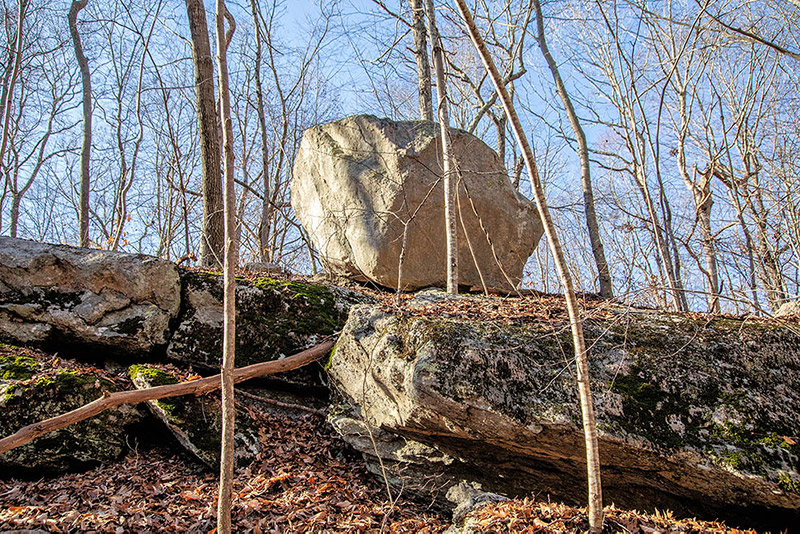 Avalonia Land Conservancy is delighted to announce that Mr. Leo Antonino has generously donated a 41.48-acre property located between Interstate 95 and Gold Star Highway on Antonino Road to Avalonia.  It will be called the “Leo Antonino Preserve” in honor of Mr. Antonino’s tradition of giving back to his community. The land will be conserved in its natural state and open to the public for passive recreation.  Workers from the adjacent office park and the many residents who live nearby already enjoy walking the land.

Rocky ridges, streams, vernal pools and shrubby areas make for a wide diversity of habitats for wildlife. The land is home to wood thrush, which require large forest blocks for survival, pileated woodpeckers, and other rare Connecticut species.

Huge boulders known as glacial erratics and old stone walls are other striking features of the property.  The land borders Town of Groton, City of Groton, and other large land tracts, which combined comprise over 100 acres of unfragmented forest. The less fragmented our forests, the more capable they are of absorbing carbon and mitigating the effects of climate change. This preserve’s forest also helps protect Groton’s drinking water. Its streams flow into the Groton Reservoir, less than 1/10th of a mile away.

Avalonia is in the early stages of marking trails that will eventually wind along the property’s streams, features of geological and historical interest like rocky outcrops and stone walls, and up and along the rocky ridges to access beautiful views of the reservoir.

Above: A large bolder dropped on a ridge during the last glacier, called a glacier erratic, is a unique feature of Avalonia’s recent acquisition of the 41 acres in Groton. Photo Credit: Sue Sutherland