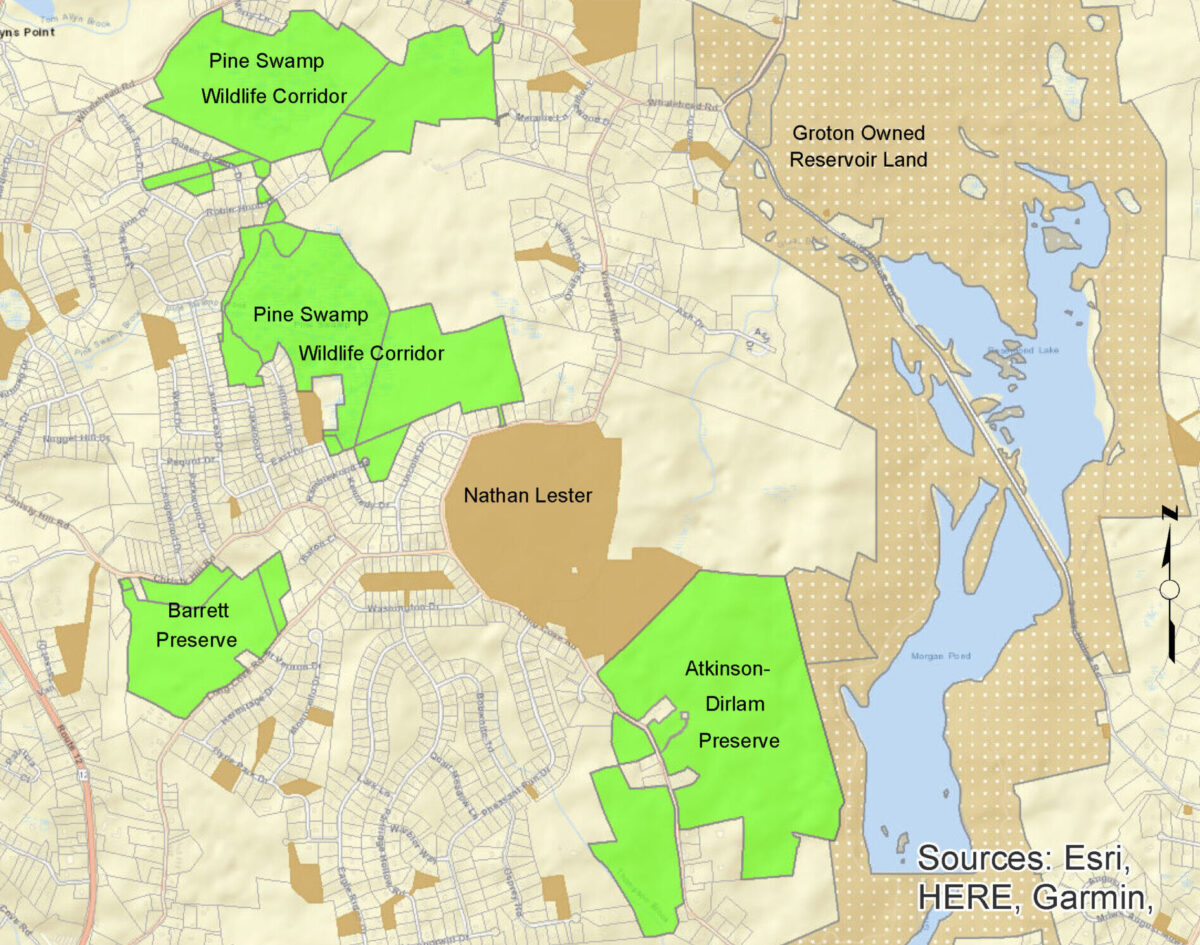 After more than five years of grant writing, fundraising, and rallying community support, the Avalonia Land Conservancy has officially closed on two major parcels known as the Atkinson and Dirlam properties. Together they add 228 acres of land to the existing Green Oak Greenway in Ledyard, CT which includes 138 acres surrounding the town owned Nathan Leister property. The acquisition connects its five miles of trails to the existing greenway’s five to create one of the largest trail systems in eastern Connecticut.

This combined project was recently awarded a CT Open Space and Watershed Land Acquisition grant, covering approximately 65% of the $1,108,945 cost to acquire these vital properties. To raise the balance, Avalonia looked to the Town of Ledyard, Groton City Council, Groton Public Utilities, and the Community Foundation of Eastern Connecticut for their generous help. Avalonia also applied and received grants from the Fields Pond, Bafflin and Helios Foundations as well as hundreds of donations from generous donors. The larger 184-acre Atkinson Preserve was sold to the trust by the executor of the estate of the late William Atkinson, Jr., formerly of Mystic and is adjacent to the Morgan Pond Reservoir that provides drinking water for thousands of residents. The smaller parcel of 41 acres was acquired from John P. and Brian P. Dirlam of West Danville , VT. Both sellers made generous donations to support Avalonia’s commitment to land acquisition and perpetual stewardship. The two properties are virtually across the street from each other and combine for significant wildlife and watershed protection. The larger Atkinson Preserve has already attracted hundreds of hikers and outdoor enthusiasts.

When Julie Dupont-Woody, an Avalonia board member, saw the Atkinson property was approved for a 73-lot subdivision, she took it as a call to action and began grant writing and organizing.  She said, “This project was so vital to the water we drink and to protect our watershed. There are numerous wetlands and vernal pools that flow into the reservoir while supporting a diverse wildlife population. I did not want to lose a once in a lifetime opportunity.”

The president of Avalonia, Kimberly Barber Bradley lauded the closing by saying, “Avalonia is thrilled to complete the process of acquiring the Atkinson-Dirlam properties. The preservation of this land protects critical watershed areas which provide a range of valuable wildlife habitats and offer plentiful opportunities for recreation to our growing trails community. We are thankful to the vast support of so many individuals, collaboration between the State of Connecticut, Town of Ledyard, Groton Utilities, as well as the incredible fundraising efforts of our Avalonia volunteers. We look forward to seeing everyone on these trails!”

The Avalonia Land Conservancy is still raising funds for the long-term stewardship of these new acquisitions.