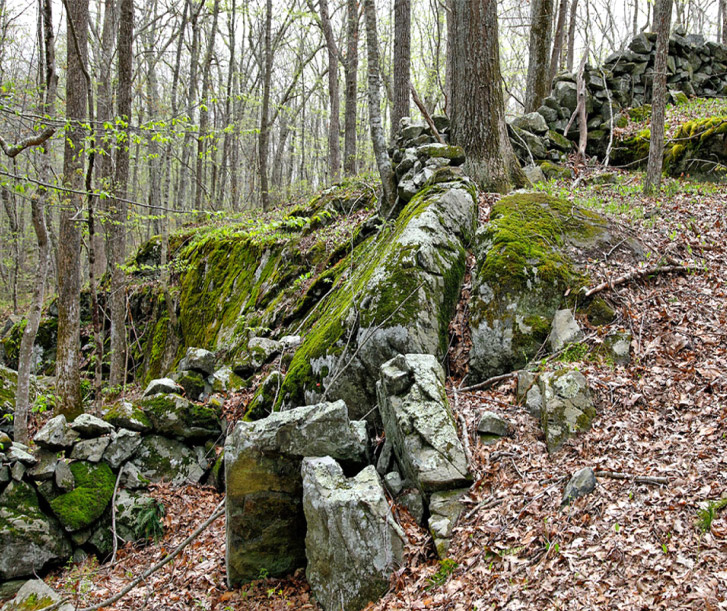 Avalonia Land Conservancy has announced the acquisition of a key 54-acre piece of land on Rixtown Mountain Rd., Griswold, known as the The Aurelie and Stanley Boyd Tract in a bargain sale for $89,900. The property, adjacent to Avalonia’s 409-acre TriTown Forest Preserve (TTFP), connects to 790 acres of preserved agricultural and forest land protected by conservation easements held by the Nature Conservancy and moves a developing greenway closer to a former YMCA farm camp and Pachaug State Forest. The greenway now protects approximately 1,500 contiguous acres in Griswold, North Stonington, and Preston. Greenway creation is critically important to Avalonia’s acquisition strategy and overall mission because of the role greenways play in protecting habitat, providing corridors for people and wildlife, improving water and air quality, and serving as floodplains and even environmental classrooms.

The property features the 500-foot plus Rixtown Mountain and is located within two significant watershed areas: the northern two-thirds drains into Billings Brook, on into Pachaug Pond, the Quinebaug River, and beyond to the Thames River and Long Island Sound; the southern one-third serves as a headwater for the Miller Brook/Broad Brook watershed system which is stocked regularly with brook and brown trout. The property is within the Thames River Basin of the Last Green Valley, a National Heritage Corridor. 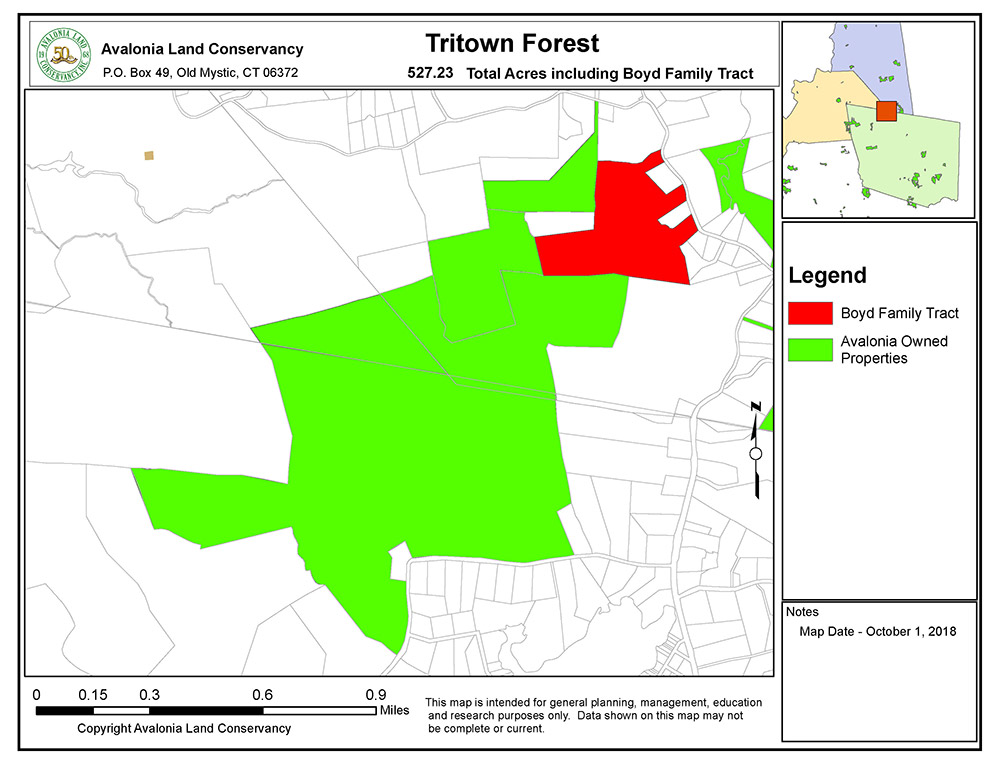 Conservation of the Boyd preserve as open space will help keep the water clean, recharge ground water, and provide flood protection capacity. The parcel is also rich in culturally- and archaeologically-significant sites including stone walls and cairns. An archaeological study will be proposed for the site.

The property boasts a rich mixture of wildlife habitats. There are numerous vernal pools found within an extensive protected forest with streams and wetlands which support many species. Amphibians and rare plants have been identified at the top of Rixtown Mountain. Other habitats include rocky ledge, chestnut oak, upland forest, ponds, seeps, and an almost continuous cover of wildlife-sustaining shrubs including huckleberries and blueberries. The chestnut oak forest on the many ridgelines is particularly striking and home to some of the largest chestnut oaks in Connecticut.

Avalonia is largely an all-volunteer, nonprofit organization with an annual operating budget of $100,000, funding for which is mostly raised through an annual appeal and a membership drive. Funds must also be raised to pay for the land and the endowment fund needed to maintain and protect it.

Land trusts in Connecticut are fortunate to be operating in a state that strongly supports land acquisition through its open-space grant program. As Dennis Main, President of Avalonia noted, “State grants are awarded once per year, usually for less than two-thirds of an acquisition’s cost, so the land trust must raise the remaining balance. Fortunately, the community Avalonia serves has been exceptionally generous with donations to save the places it loves, and we are confident that will continue.”

Since Avalonia’s Land Trust Alliance accreditation in late 2017, the conservancy has acquired over 730 acres and will likely exceed their three to five year goal of protecting 2,000 acres in New London County.